If you’ve been looking into pearls and pearl jewellery, you’ve probably stumbled across the term ‘mother of pearl’ and wondered what it meant. They’re not pearls, but they share part of their name and even share some characteristics. So what are the differences between pearls and mother of pearl, and where exactly does mother of pearl come from?

Although both mother of pearl and pearls themselves come from oysters, there are some major differences between the two.

And while mother of pearl isn’t considered a precious gem like pearls are, they are both formed in similar ways.

Find out more about how mother of pearl and pearls are created, and why they’re different below.

END_OF_DOCUMENT_TOKEN_TO_BE_REPLACED

The jewellery industry has its fair share of imitations and counterfeits available, and pearls are no exception. In the same way that you want a genuine Louis Vuitton if you’re splurging on a timeless piece, you want to make sure you’re getting the real deal when it comes to pearls.

So, how can you tell if a pearl or piece of pearl jewellery is fake or not?

Here’s how to tell if pearls are real.

END_OF_DOCUMENT_TOKEN_TO_BE_REPLACED

Like any other jewellery, pearls can pick up dirt and dust when worn regularly or stored incorrectly. When you’re not sure how to clean pearls safely, it can seem daunting or even dangerous. If you follow the proper process, it’s not difficult to clean pearls without risk of damaging them.

Here’s all the information you need to get your pearls gleaming again.

END_OF_DOCUMENT_TOKEN_TO_BE_REPLACED

Pearl farming is what produces most of the pearl jewellery that we wear today. Because natural pearls are so rare, making up less than of 1% of pearls sold today, the demand for cultured pearls has risen dramatically.

As you might have guessed, pearl farms are where cultured pearls are grown and harvested to eventually be made into jewellery.

Let’s dive into the process and its effects on the environment and pearl farming communities.

END_OF_DOCUMENT_TOKEN_TO_BE_REPLACED

Pearls have been worn for centuries, and have been in demand for as long as we can recall. If you’ve ever browsed through real pearl jewellery, you’ll have noticed that some command much higher prices than others. What is it that makes some pearls so valuable that people happily part with hundreds of thousands of rands? It’s partly how beautiful they look when they’re on, of course, but there’s also lots of other factors to consider.

Here’s everything you need to know about how much pearls cost, and why.

END_OF_DOCUMENT_TOKEN_TO_BE_REPLACED

How To Buy Pearls: Which Pearl Suits You or Your Loved One?

There’s a pearl to fit every person’s unique personality and style. With such a wide variety of classy jewellery on offer, it can be hard to know you’re making the right decision when you’re shopping for pearl gifts for someone special.

Here’s where you should start if you want to select an absolutely perfect pearl accessory, no matter who you’re buying for. As the pearl experts, Lullu can give some guidance on how to buy pearls for every type of woman. Whether she’s a t-shirts and jeans type or likes to make a statement wherever she goes, there’s a piece of jewellery that she’ll fall head over heels for.

END_OF_DOCUMENT_TOKEN_TO_BE_REPLACED Pearls have long been more than just jewellery. Their symbolism and meaning stretches across countries and cultures, and has stood the test of time for millennia.

From the ancient Chinese symbolism behind gleaming black pearls to the history behind how they came to be so sought-after, here’s everything you need to know about the meaning of pearls.

END_OF_DOCUMENT_TOKEN_TO_BE_REPLACED Anyone who loves pearls will know that they come in a range of breathtaking colours. From classic white Akoya Pearls to Tahitian Black Pearls and everything in between, each pearl has its own unique shade and hue.

Want to understand pearl colours, how different pearl colours are created, and why some shades of pearls command such high values? Here’s everything you need to know.

What different colours do pearls come in?

END_OF_DOCUMENT_TOKEN_TO_BE_REPLACED 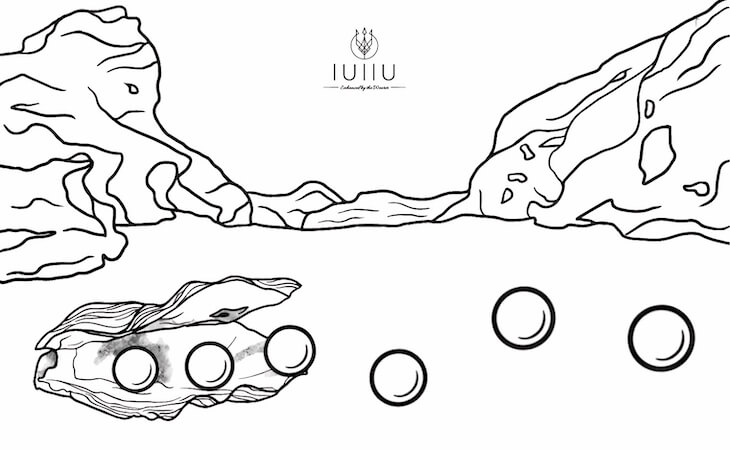 Jewellery lovers will know that not all pearls are created equal. Natural, cultured, saltwater, fresh – and that doesn’t even cover the different varieties of pearls from classic Akoya to black Tahitian pearls. The different types of pearls available today are not only valued differently, but have different characteristics and origins. That’s part of the reason we love pearl jewellery so much. Each piece is so unique!

Here’s a guide to different pearl types you can find.

END_OF_DOCUMENT_TOKEN_TO_BE_REPLACED Before cultured pearls were available, pearls were retrieved from the ocean by divers. Not only was this a dangerous pastime, but also resulted in very few pearls with only one out of every ten thousand wild oysters producing a pearl of value. Although most precious stones and gems are forged from metals from the earth’s crust, pearls are the result of a biological process involving molluscs. Although mussels and other molluscs can technically produce pearls, this is much rarer and oysters are by far the most common source of pearls – including those found in Lullu’s luxury pearl jewellery.

How do pearls form & grow?

Pearls are formed as a defensive process when an oyster reacts to an irritant within its shell. The protective layer is what eventually makes a pearl which is then extracted.

The process of how pearls are formed is the same in both cultured and natural pearls, with the exception of the irritant. In a natural setting, the irritant which starts the forming of the pearl would likely be a parasite of some sort. In cultured pearls, a skilled expert cuts a small slit into the mantle of the oyster and implants a bead or piece of tissue from another oyster. This implanted irritant then kicks off the pearl-forming process.

What are pearls made of?

After the irritant is introduced, the oyster begins to produce nacre in order to protect itself. Nacre is a coating which builds up in layers and creates an iridescent cover over the irritant – this becomes the pearls that we’re all so familiar with once they are harvested.

How long does it take for pearls to form?

When it comes to how pearls form, things like the temperature of the water, the time of year and the cleanliness of the water will all influence how quickly a pearl can be produced. Freshwater pearl oysters generally produce anything from 6 to 20 pearls, whereas saltwater pearl oysters only produce one pearl at a time. It’s often thought that a single pearl might be ready within a couple of months, or maybe a year, but this is incorrect.

In reality, an oyster normally takes around 3-6 years on average to produce a single pearl which is of high enough quality to be used in jewellery.  Typically, freshwater pearls are produced more quickly than saltwater pearls.

How are pearls harvested?

When the pearls are done growing, the harvest season begins. This is usually done manually, requiring great precision and attention to detail. Most pearl harvests are carried out in winter. The colder water slows nacre production and also produces better results in terms of colour and lustre. When harvesting is done carefully, the oysters can then recover and produce a second or even third pearl going forward.

How are pearls prepared for jewellery?

Once the pearls have been harvested, it’s time to get them necklace-ready! Preparing pearls for jewellery involves first soaking them for a few days in a cleaning solution to help remove any deposits or odour. After this they are polished and because the surface is porous it is treated with a special oil or mixture, and then sorted according to size. Never buy untreated pearls as they won’t last long. From here, they are assessed and sorted further into increasingly smaller groups or batches. The sorting process evaluates the pearls according to colour, shape, quality, and value. As you can imagine, evaluating each pearl in this process can be very time consuming and requires a great deal of knowledge.

See the final product of this lengthy process an oyster goes through to produce the exquisite pearls in Lullu’s luxury pearl jewellery, including Pearl Necklaces, Earrings, Bracelets and Accessories.